Moving On, Moving Up

It is pretty amazing how things can change in a year. On this day in 2010, Dr. Fiance and I were staying in a temporary apartment on the Upper West Side of Manhattan. The apartment was just over 100 square feet, had zero ventilation, and we were sleeping on an air mattress that took up 80% of the floor space. The majority of our belongings were en route (we hoped) to St. Louis, and we were frantically trying to tie up loose ends for our big move from New York City to the Midwest. We knew practically no one in St. Louis, and everything about the upcoming move was scary and exciting.

Cut to a year later. We are settling into living in a manner that can’t be done in New York City. I have studio space, we have a home office. We can do our laundry in our apartment as opposed to paying the Polish ladies down the street once every two weeks for a wash n’ fold. We have a dishwasher we don’t use, and the TV that we thought was obscenely large in our NYC apartment and is universally mocked for being so small here in the land of big screen entertainment centers.

We have met and made some amazing friends, I started this blog and started shooting food. Dr. Fiance is tearing it up in the lab and now has more employees than she has desks for. She’s also considering buying and raising live chickens (in all of her spare time, which I find hilarious). I have been slowly but surely building my photography business. This year I shot two magazine covers, dozens of stories, countless portraits and have made photographs in two countries, 17 U.S. states, and the District of Columbia. I’ve also shot a hell of a lot of food.

And now as we turn the corner on our first year in St. Louis I’ve pulled out the packing tape and boxes, because we’re moving yet again. This time however, it’s a matter of blocks rather than miles. Dr. Fiance and I have decided to buy a loft downtown a few steps from our current rental space. I feel so grown up all of a sudden, having never owned property. But this move signifies that we are here to stay for the foreseeable future. You hear that St. Louis? At this point we are ALL IN.

We are very excited about our new space. It has some lovely north-facing window light for my studio space, industrial concrete floors in case we want to rollerskate indoors, exposed brick, and pretty much everything that we always dreamed we would have in NYC but could never afford. Best part? We have a small porch, which means that I will be getting a grill. Holy shit! So. Excited. To. Grill!

In any case, here’s hoping that our second year in St. Louis is as exciting and productive as the first. The sporadic posting here on the blog is going to continue for a few weeks while we get ourselves packed, moved, unpacked and settled into the new space. Then I’ll be full steam ahead as I break in the new kitchen. More to come! 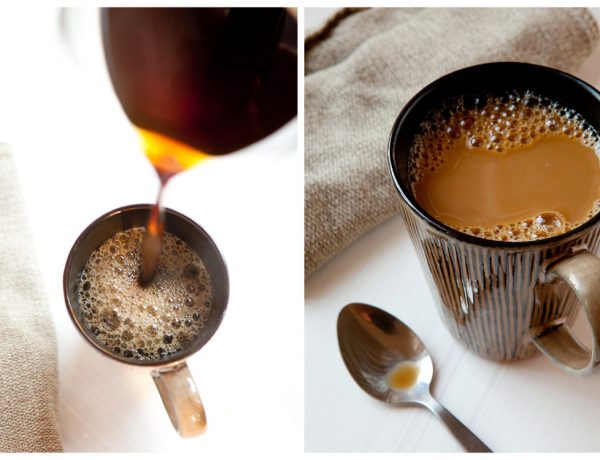