Although somewhat tedious, preparing fresh coconut is worth it.

Fresh coconut is a really tasty alternative to the desiccated bagged stuff, but it isn’t the easiest thing to make. Like most culinary skills, it does get easier with practice. While you can buy fresh grated coconut at places like Whole Foods, it is often more than twice the cost of a whole coconut.

When I first tried this recipe eight years ago I had the misfortune to buy really bad coconuts and it was a disaster. Word to the wise, when you pick out a coconut at your local megamart make sure that it is heavy and sloshes when shaken. That will indicate that it’s fresh. Also note, do not buy young coconut (the ones that have that distinctive white dome shape) for this purpose because they aren’t the same as mature coconut. Some coconuts come with a groove cut into the shell that is meant to help break them open, but in my experience the groove doesn’t actually help that much.

Hold your fresh, heavy, and sloshy coconut over the sink and carefully whack it with the blunt side of a cleaver or a hammer. Probably nothing is going to happen. Don’t panic. Rotate the coconut in your hand about a quarter turn along its equator and whack it again. Repeat several times, rotating along the equator each time. After several good whacks your coconut should split open, dumping the coconut water into the sink. You can put a bowl under and reserve the coconut water for future use, but I usually can’t be bothered to fish out little bits of broken shell and membrane that inevitably fall into it so I just send it down the drain.

Next, get a short, sharp knife and carefully pry the coconut meat from the shell. Attempt to do this in as large pieces as possible. You kind of have to pry and coax the coconut out of the shell. It isn’t easy but it’s worth the effort to keep the pieces large when you get to the next step.

Once all the coconut is released from the shell, use a vegetable peeler to strip off the brown membrane. I found that holding the pieces in a towel or the corner of my apron allows me to get a grip on the coconut piece. I incurred many nicks and cuts on my fingers while I experimented with a technique. Do this carefully because you don’t want specs of membrane spoiling the snowy white-ness of your coconut, or worse, you don’t want to bite into a sliver of shell. If any membrane or brown stuff is clinging to your coconut after peeling, rinse in cold water and pat dry.

Cut the clean and membrane-free coconut into small chunks, then transfer to a high powered blender. Pulse until you reach your desired size and texture. If you don’t have a decent blender you can use a box grater. Real talk though: there’s no way I’m using a box grater to do this, or even one of these hand-crank coconut graters because it’s just way to much damn work. Maybe you have more patience than I do. 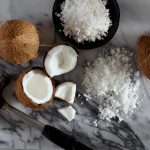 How to prepare fresh coconut

Yield depends on the size of the coconut. The coconuts available locally to me yielded about 2 cups of grated coconut.  This recipe was adapted from the October 1976 issue of Gourmet Magazine and is part of my Gourmet 10/76 Project. Click here to read more! 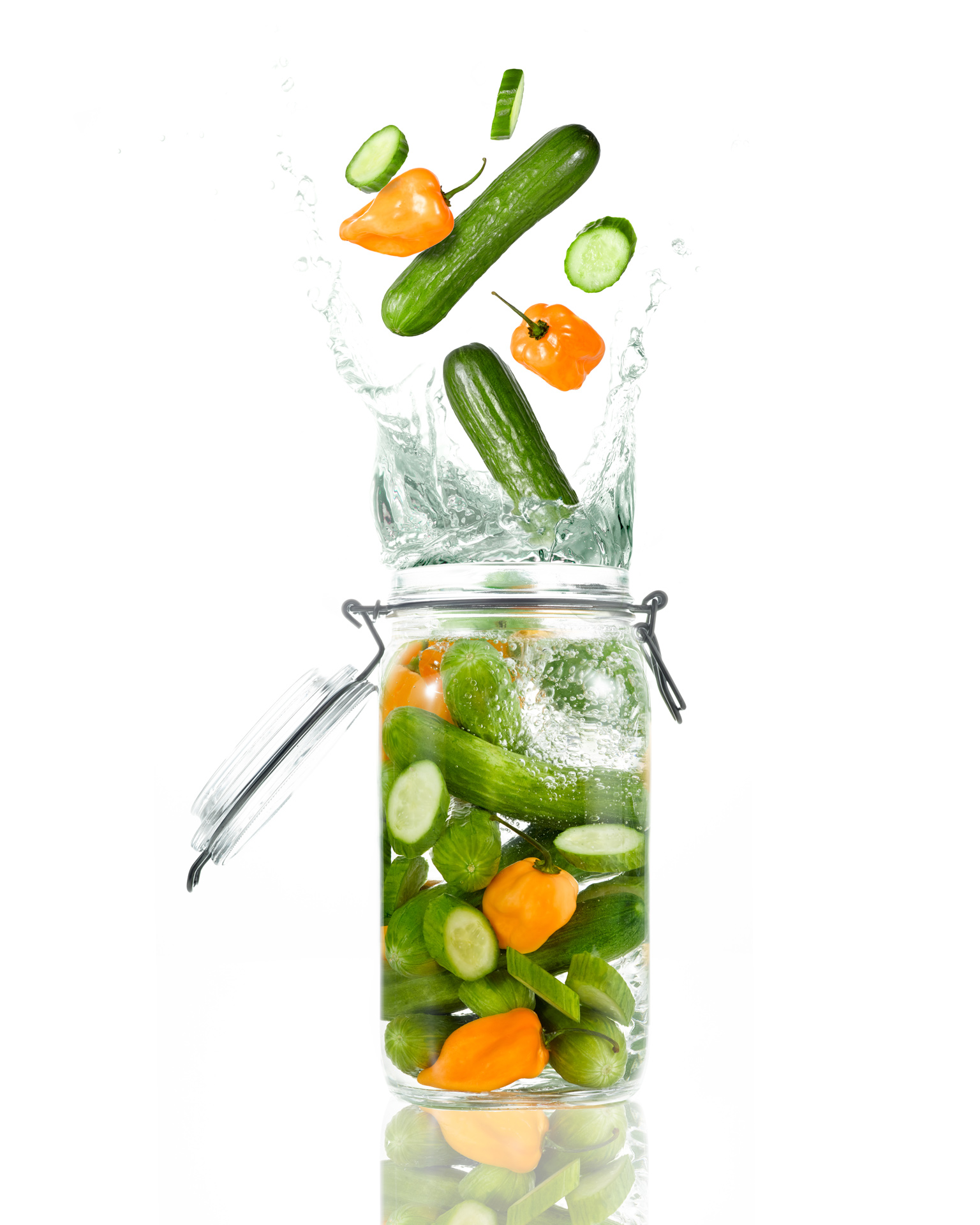 Cooking in the Time of COVID-19