First there was grade school art class with construction paper and glitter and glue. Then there was a high school arts magnet school with soap stone, and stained glass. This was followed by community college, first with paint and charcoal and art history, then with typography, Illustrator and QuarkXpress and B&W Photography 101. Which led to a cubicle job for an insurance company, designing posters and three-ring-binder covers under the green light of a million fluorescent bulbs. Eventually this cubicle prompted a move to another cubicle, but the new cubicle was in New York City! Hooray!

I spent the next five years or so falling in love with New York City. My work as a graphic designer in a windowless cubicle was uninspiring but it paid the bills and allowed me to live my life outside of the office.  I made friends, I ate at wonderful restaurants, and then I met a scientist, a doctor no less and fell in love. A year later we moved in together. We were suddenly living the life of DINKS (Double Income No Kids) which is the brass ring for middle class New Yorkers. Life was good.

At the office though, the uninspiring  design work was starting to get me down. Then one day I was asked to design a national ad for the company, which would feature photographs of several employees on a high-key background. This was on a Friday, we had to shoot it on Monday, and we had no photographer and no budget. I had been a casual photographer for years but had never shot anything commercial, let alone used studio lights, but I volunteered to shoot the ad. I went to Barnes & Noble over the weekend and read several how-to books on studio lighting, went in on Monday and shot the ad. And it didn’t suck. My first commercial shoot ran in a national ad in Fortune magazine. I started shooting more, and learned a lot on the job. I did more photography and less graphic design. One of the other art directors joked about how I should open my own photography studio.

Jump to the present. I have been shooting professionally for more than five years. Dr. Girlfriend is now Dr. Fiance, and she has just started a faculty position at Washington University in St. Louis. I admit that I was hesitant about a move away from my beloved NYC, but she sold me on the move by pointing out that in St. Louis we could afford to do what we could never do in New York: I could take the plunge and open my own photography business. Bye bye cubicle, don’t let the politically correct middle management hit you on the ass on your way out!

Since I am working at home, most of the domestic responsibilities fall to me. And I was surprised at how much I enjoy the simple feeling of accomplishment I get from completing chores like cleaning, laundry, and especially cooking. I’ve never cooked much other than a few, easy dishes and a family cookie recipe a couple of times a year. I’ve decided to learn how to cook for real, and learn the skill of food photography while I am at it.

So that’s the story thus far. Here goes nothing. 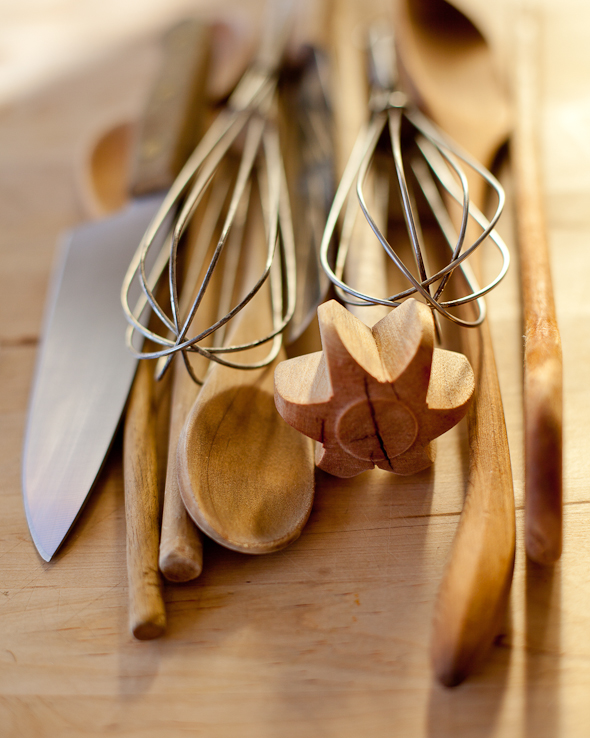 Creating Sun on a Cloudy Day