The weekend would be a good time to spend the day cooking, all tucked up in a warm kitchen while the cold wind and snow howls outside. Warm smells of baking fill the studio, mulled wine is drunk, Christmas carols playing softly…Yeah, that didn’t happen this weekend. It’s possible that this was the most unproductive weekend I’ve had in months.

I pretty much stopped working around lunchtime on Friday when a couple friends of mine took me out to the Blues City Deli for lunch. How awesome is that place? I kinda wanted everything on the menu, including the hot roast beef and cheddar special. I ended up starting at the top of the menu with the The ‘Valenza Special’ Muffuletta. I ordered half instead of the whole, which was smart; I only had room for half of my half as it was. I can’t compare the lovely combination of cold cuts and olive salad with a New Orleans muffuletta (since I’ve never had one there) but this one was excellent. The bread was the best part I think – soft yet hearty, great texture and firm enough to hold all of the ingredients together. Apparently traditional muffuletta is made the day before so the juices can soak into the bread. Gotta check that out next time I’m in Louisiana. 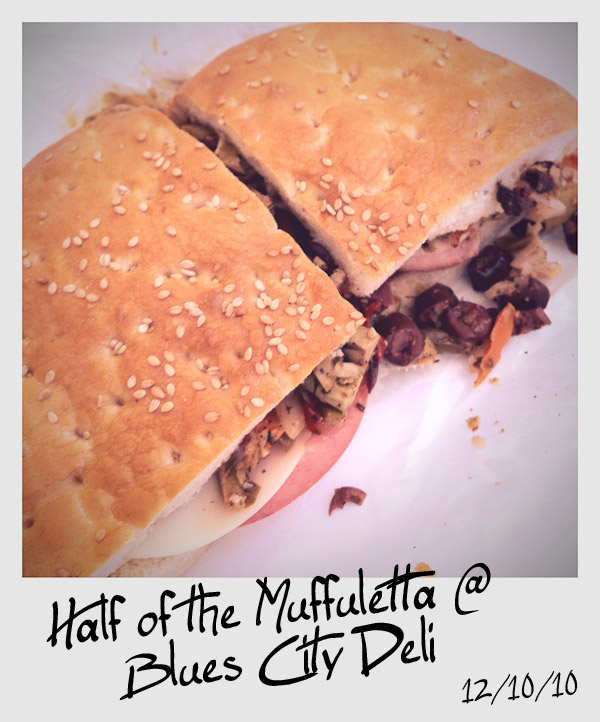 Later Friday night I had met up with some friends for drinks at Wildflower and then moved on for some truly amazing cocktails at Sanctuaria along with some tapas to round out the evening. Sanctuaria is a year old this weekend, and has become one of my favorite places for cocktails in St. Louis. I have never had the same drink twice there (and this time they set drinks on fire for us). And if you haven’t tried the the Frita yet (Cuban pork & chorizo sliders topped with Monterey Jack cheese and crispy Yukon gold potatoes; served on a Cuban sweet roll & garnished with citrus herb sauce) then you must put down what you are doing and go now and order some. No, seriously, go now. And have their amazing mixologist Matt Seiter make you a fancy cocktail or three to go with them. Also, they have a late night happy hour with half price tapas. Awesome.

Saturday I was feeling a bit run down and decided to stay home despite a very nice invitation to a holiday party. I’m not sure what my deal was, I just felt like I needed a couch day. In addition to watching a ton of crappy TV, I made my first loaf of bread using my starter. It took 12 freakin hours. And I have to say that the taste improvement was not worth the glacially slow rising periods. Holy cow. I am not going to chuck the rest of my starter, but I can’t honestly say that I am sold on the starter method. Commercial yeast seems to work just fine for me …

In any case, this week I’ll be back in the kitchen (and I swear, no more clementine recipes for now) although I’m not sure how many big fancy dishes I’ll be making as we slip and slide into Christmas. I have a lot of shopping to do (holy crap, less than two weeks until the big day!) but regardless I will find time for some baking at least. 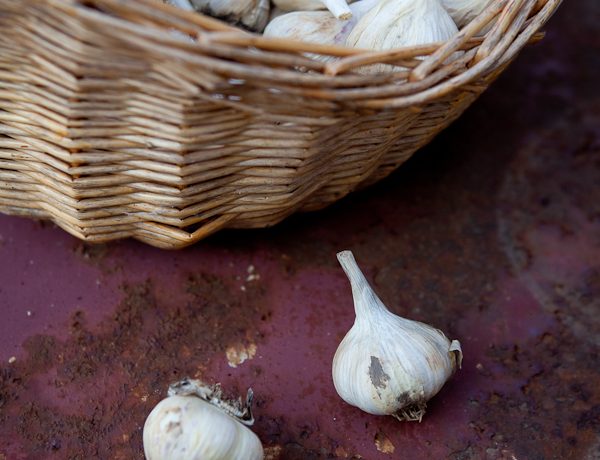