So here’s the thing. When I was born in October 1976, Gourmet Magazine was ten issues into it’s 35th year. My mom was (and though back issues, still is) a big Gourmet reader. I never paid much direct attention to Gourmet growing up although there were always stacks of the magazine next to the couch and on the marble countertop in the bay window in the kitchen. I would frequently find mom reading one with a cup of tea at the kitchen table. After I moved to NYC, I picked up a few copies here and there as my interest in food and cooking grew, but much to my regret I never actually subscribed. So it as much my fault (along with countless others) who let Gourmet’s distribution numbers slip until Conde Nast abruptly decided to close the magazine’s doors in October 2009, with their last issue hitting the stands in November that year.

I was pretty upset at the time. It wasn’t because I was an avid reader (although I certainly would be now obviously) but because I felt this strong sense of loss. I think my feelings of loss at the time came mainly from nostalgia: Gourmet was in my house from the time I was born and I think, no lets be honest, I know I had taken it for granted. I had always just assumed that Gourmet would be there on the newstand for me to pick up whenever I wanted. Around that time I came across Kevin Demaria’s oddly moving Last Days of Gourmet at the time.

Sure, Gourmet still exists in an online form, and I still check it out on occasion. But to me, the heart and soul of the magazine was in the hardcopy. That’s what I’m nostalgic for, those thick issues printed on heavy, expensive paper that make very solid-feeling stacks on a kitchen counter. You know, the ones that still clutter up my parent’s house.

What does this have to do with a dated-sounding dish like cabbage and sausage casserole? In July? Shouldn’t I be focusing on something more in season like an heirloom tomato crudo? Grassfed wild boar burgers with exotic toppings? Ceviche with pea shoots? Well, it has crossed my mind that I should take a look back to the types of food that were considered sexy back in 1976, a little bit of food time travel, if you will. So I’m going to tackle all 74 recipes listed in the October 1976 issue of Gourmet.

I’m not going to lie, the recipes in this issue are certainly not sexy by today’s standards. There are the “stick-to-your-ribs” type recipes like today’s casserole, along with some classics (Steak au Poirve), some really time consuming projects (Duck Terrine) and then of course there are a host of recipes that I can’t even classify – lots of lamb, rabbit, coconut. These recipes are not for quick dinners; in fact, quick is not something I’ve found anywhere in the magazine. The recipes don’t list ingredients separately, so you have to read the whole thing and carefully make a shopping list. It’s not going to be easy. However, there are a couple cocktail recipes that I’m going to dust off (for example, one called a Feulner Joy Juice.) which will help keep me lubricated through the process.

I imagine that not all of the recipes are going to be good (some may be down right terrible) but I’m going to do my best to make them edible and pretty. The earlier issues of Gourmet are not completely without food photography, but images of the food come secondary to the stories that surround the food. So for the most part I don’t even really know what these recipes are supposed to look like, which adds to the challenge. I am going to stick as closely as possible to the original recipe, barring any ingredients that are no longer available or have been replaced with a more modern equivalent. In interest of clarity I may make some edits … the editors of Gourmet in 1976 assume that you actually know how to cook already. Which I don’t, really. 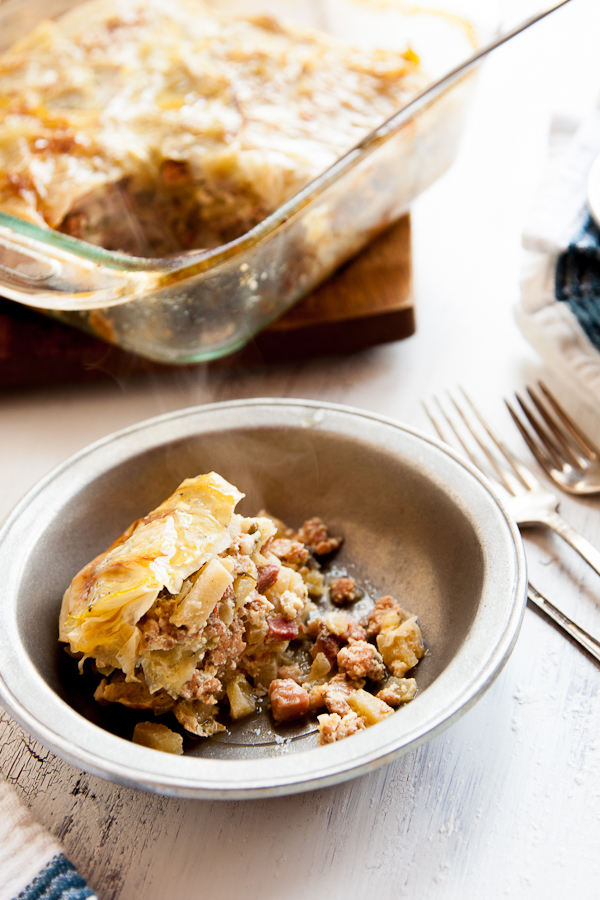 Anyways, all of that is the long way of explaining why I decided to make this Cabbage and Sausage casserole. The result? It wasn’t terrible. Ringing endorsement? Well, I felt that it was a little too heavy – I feel like the addition of some potatoes or other starch to cut the richness of all the meat. Dr. Fiance, however, loved it. She took leftovers with her to work for lunch as well, so none of it went to waste. Her family has Polish roots, and this dish reminded her of the food she had growing up.

Adapted from the recipe found in Gourmet, October 1976

Boil the cabbage in salted water for fifteen minutes or until tender. Rinse under cold water until cool enough to handle, then core the cabbage and separate the leaves. Dry the leaves with paper towels and sprinkle with 1 teaspoon of cumin, salt and ground pepper.*

Sauté the sausage and onions in a large skillet until the onion is golden and the sausage begins to brown. Pour off the fat and put the sausage mixture aside in a bowl. When cooled slightly, mix in the eggs, parsley, thyme and allspice. Set aside. Brown the ham in the residual fat left in the skillet (or add a little butter if you need more fat).

Combine the light cream with 1/2 teaspoon of ground cumin.

Lightly butter a two quart casserole dish. Line the bottom with cabbage leaves, and sprinkle with the cream mixture. Add a layer of half of the sausage mixture, half of the apples, and half of the ham. Sprinkle with more of the cream mixture. Add another layer of cabbage, sausage mixture, apples and ham, again sprinkling with the cream mixture. Finish off with a final layer of cabbage. Dot the top layer with some butter, cover with foil or a lid and bake for 30 minutes at 400F. Lower heat to 350F and back for 1 hour and fifteen minutes. Remove foil or lid and bak for another 15 minutes until the top is lightly browned. Let stand for five minutes before serving. Serves 4.

*The sausage and ham that I used were both fairly salty, so I didn’t add much salt to the recipe. Your mileage may vary. 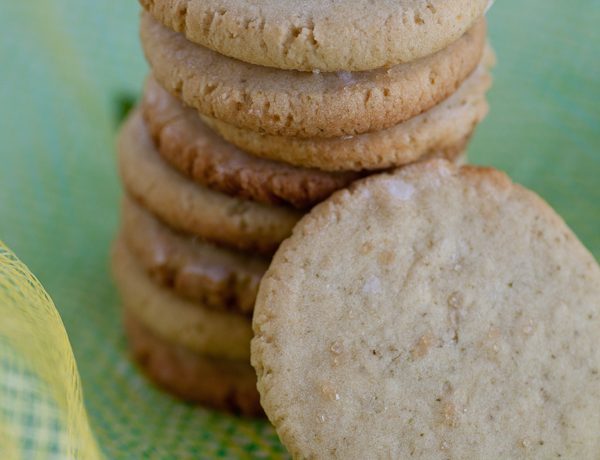 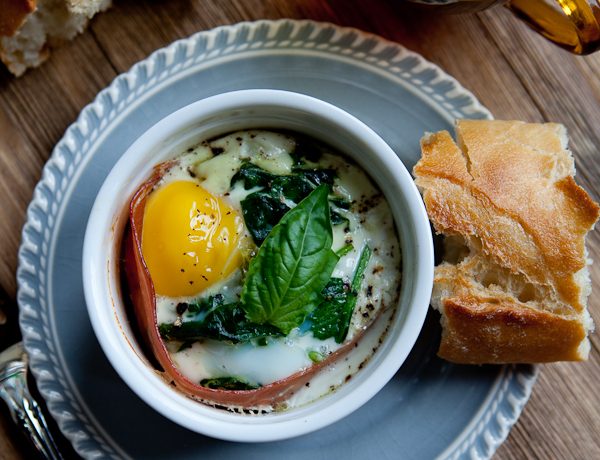