Quinoa seems to be the in thing to be eating these days. It’s cheap, it’s healthy, and as long as you rinse it first it’s pretty easy to digest. It’s not exactly rice and it’s not exactly cous cous but in a lot of respects it’s like a cross between the two. My first exploration into quinoa came after picking up a pound of the stuff from the bulk bins at Whole Foods. I had been planning a number of recipes to use it and then didn’t get around to it. A couple of weeks passed and finally I had to put my foot down and give it a shot. After some research online for recipes I decided to go with Quinoa with Moroccan Winter Squash and Carrot Stew. 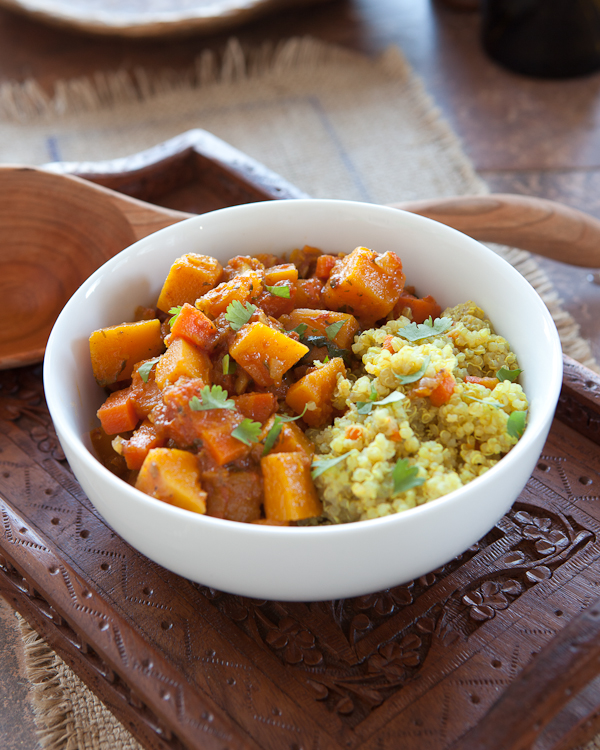 When I first moved into my loft (and was freaking out about how awesome my kitchen is) I decided to use one of my many drawers to house my spices. I looked online and found some neat looking angled spice racks that fit into drawers … and then made a set myself out of cardboard. Works like a charm. I now have row upon easily accessible row of spices. For the first time in my adult life I have an organized spice rack. And much to my surprise, I barely use them at all. My savory dishes lately have been using fresh herbs rather than dried, and even my sweet dishes aren’t using a whole lot of spice either other than cinnamon and cloves. That is, until I took it upon myself to make a Moroccan dish. Which uses spices. A lot of spices.

The benefit of having so many spices on hand was that I actually had everything I needed to make the dish. I even have a nearly full bottle of turmeric, which I can’t for the life of me remember why I purchased it or for what recipe. A quick note on spices though. It is my understanding that fresh spices will always give you better flavor. However, the reality of the situation is that in a non-commercial kitchen, you are rarely going to use the full jar of spices, especially the less commonly used ones like, well, turmeric. Will you get stronger and brighter flavors from freshly ground spices? Sure. But you can also add a little extra life to the older spices by re-crushing them in your hand or with a mortar and pestle. Works well with dried herbs, less so with spices that are already ground.

The next challenge for this recipe is the butternut squash. All of the cooking for the squash comes from the stew, which means you have to chop your squash into nice evenly sized pieces while it is raw. Cutting a raw squash is no joke because of it’s tough outer skin and overall density. Even my newly sharpened knives reacted erratically as I was cutting up my squash, so make sure you know what you’re doing before you attempt it. Allana over at A Veggie Venture has a nicely illustrated tutorial: How to Cut, Peel & Cube a Butternut Squash and Keep All Ten Fingers. Alanna uses a knife to peel her squash, but I ended up using my regular old peeler, which seemed nominally less scary. As a side note, Alanna has a whole lot of great squash recipes on her blog too.

This warm winter dish is has a complex, spice filled flavor with just enough heat. A perfect vegetarian main course. Save time by chopping your ingredients for both the stew and the quinoa before starting. Make sure to chop the onions, garlic and carrots for the quinoa much finer than for the stew.

Begin the stew by sauteing the onions in a large pot for five or six minutes until soft. Add in the garlic and saute for an additional minute. Add all of the spices, followed by the cup of water, tomatoes and lemon juice. Stir well, and bring to a boil. Add in the squash and the carrots. Lower heat and simmer covered for 20-30 minutes until the squash and carrots are tender. Note: stew can be made a day in advance and reheated before serving.

Rinse the quinoa several times and drain. Melt the butter in a medium size saucepan, then add the onion and carrot. Cook covered for several minutes until the vegetables start to brown. Add in the garlic and saute for an additional minut. Add the salt, turmeric and then quinoa. Stir and cook for one minute. Add the water and bring to boil. Lower heat to medium low and cook until the quinoa has absorbed all of the water and is tender, fifteen to twenty minutes. Remove from heat and keep covered until the stew is done.

When ready to serve, stir half of the mint and cilantro into the stew, and then serve on top of the quinoa. Garnish with the rest of the cilantro and mint. 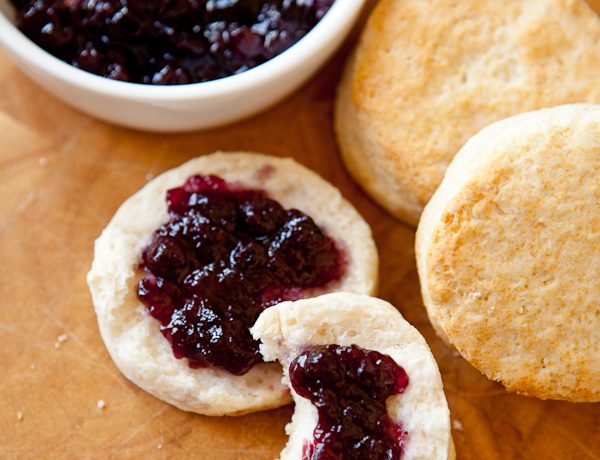 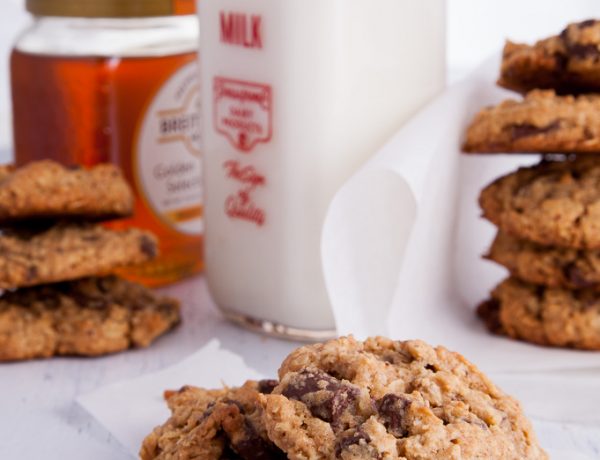 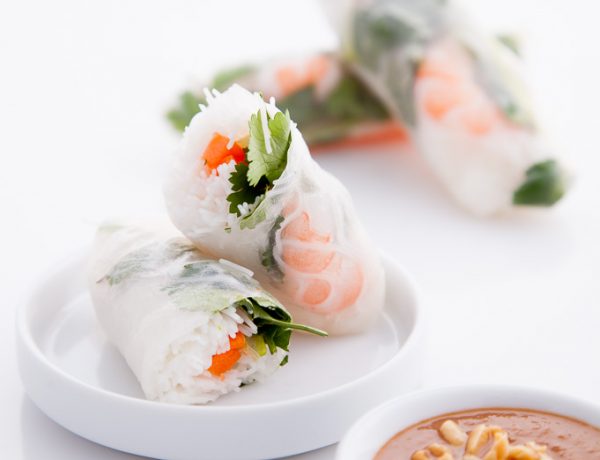