I know it’s kinda silly to be posting about snack food two posts in a row, but the AC has been out for a few days and the apartment has been too hot to cook in. Also we had house guests including a borrowed poodle over Memorial Day Weekend, so I while a lot of food and booze was consumed I didn’t actually do a whole lot of photography. One evening though I did prove that I was able to feed a large group of people home made pizzas in an assembly line fashion – we whipped up four pizzas 100% from scratch (including the dough). The cool thing is that my quick pizza dough recipe quadruples very well and was ready to go in an hour or so.

In preparation for our guest filled weekend though, I whipped up a batch of soft pretzels using the recipe from Peter Reinhart’s Artisan Breads Every Day.

The result wasn’t the deeply brown bavarian style pretzels that I was hoping for, but they were very tasty and reheated quite well throughout the weekend. 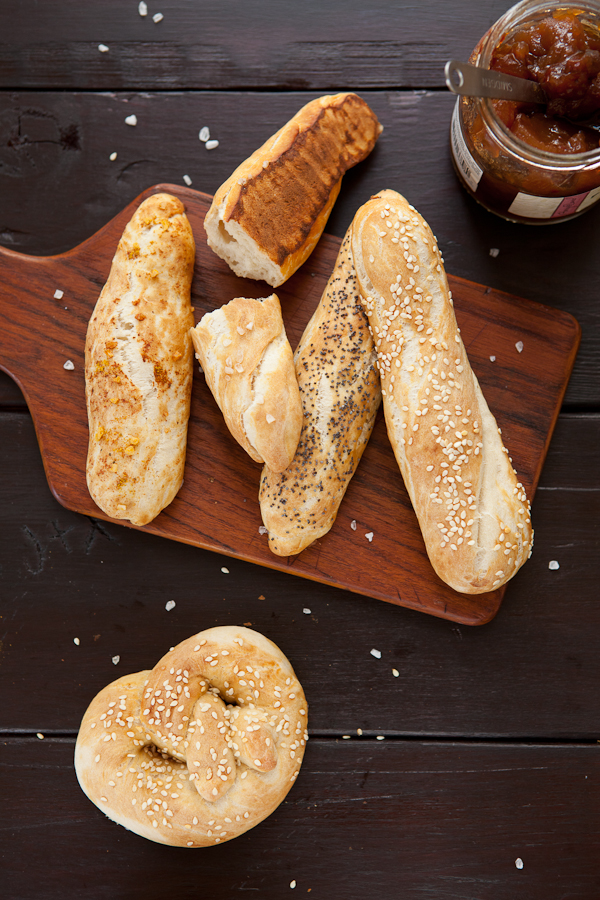 Also, from a color standpoint and from what I’ve seen elsewhere around the interwebs, my pretzels look pretty much like everyone else who has tried this recipe, although nearly everyone else is better at tying pretzels than I am. I suck at tying pretzels into pretzel shaped bows. The whole situation was frustrating and infuriating and eventually devolved into me bitching at some inanimate dough on my countertop. At which point I switched to pretzel rods versus tied pretzels. While I enjoyed eating them, each time I think about making them again my blood pressure jacks up a few notches.

I used the recipe pretty much as stated in the Reinhart book, although I went a little off the grid with topping them. I made a few with basic sea salt, and although the nice big chunks of salt were good I think next time a light smattering of kosher salt would work better. I also made a few with sesame seeds and a few with poppy seeds. These ended up tasting like breakfast, almost like bagels and could be eaten with savory sides. Finally I mixed up some curry powder with some more sea salt, and these were definitely the most popular. Topped with some store-bought chutney we had around they were fantastic.

Ordinarily I would write out my adapted recipe, but in this case I’m going to tell you to pick up a copy of the book. The recipe is based on the foundation of Reinhart’s bread theory and method, so it would be silly of me to write just the pretzel recipe. Of course part of it is also me just punking out and not wanting to write up the whole damn thing. Deal with it. The AC is out and I’m grumpy.

But seriously, you should buy the book.

It’s totally worth it. I’ve been able to improve my Five Minutes A Day bread a whole lot by combining that theory with the longer, overnight rise theory Reinhart uses. However, here is another food blogger who shows how to make the pretzels using the same recipe the step by step if you really don’t want to invest in the book. Enjoy! 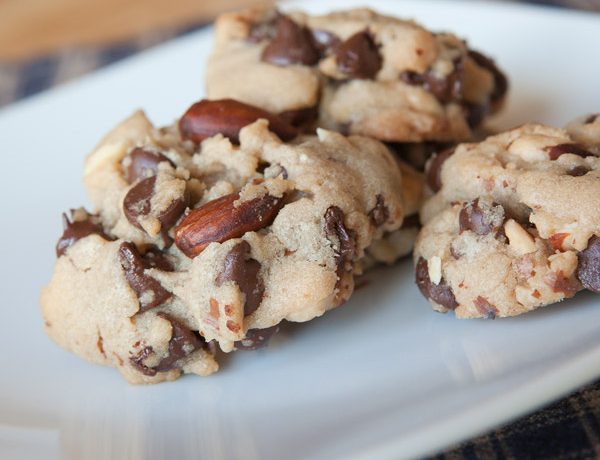 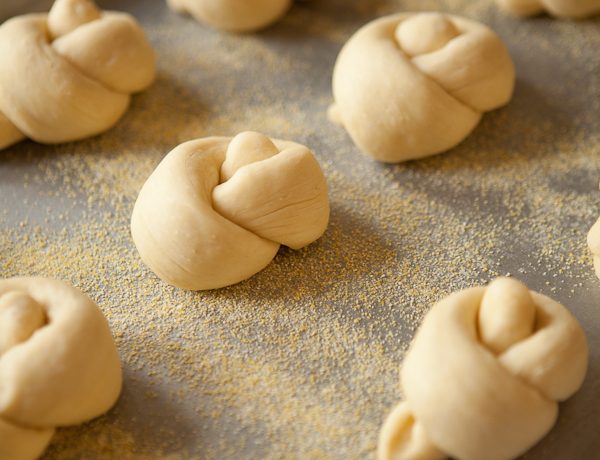