One of the best things about learning to cook is that my apartment constantly smells like good food. It’s a nice surprise to come home from running errands out in the cold and walk into an apartment that smells amazing, whether it’s like bread, chicken stock or whatever else is on the menu from the day before. Not to get all touchy feely here (bear with me) but there is a certain amount of enjoyment to be had setting the table, serving food in actual serving dishes (rather than straight from the pot) and sitting across from your loved ones while having a good meal.

Of course you can offset all of these good things by being terrified that all of this cooking is going to make you fat.

Regardless, a couple of nights ago was leftover night in the Shoot to Cook household. There were a number of things in the frige which we needed to finish up, but not wanting to run out of food (I’m turning into my mother), I decided to whip up a quiche to have a room temperature along with the leftovers. 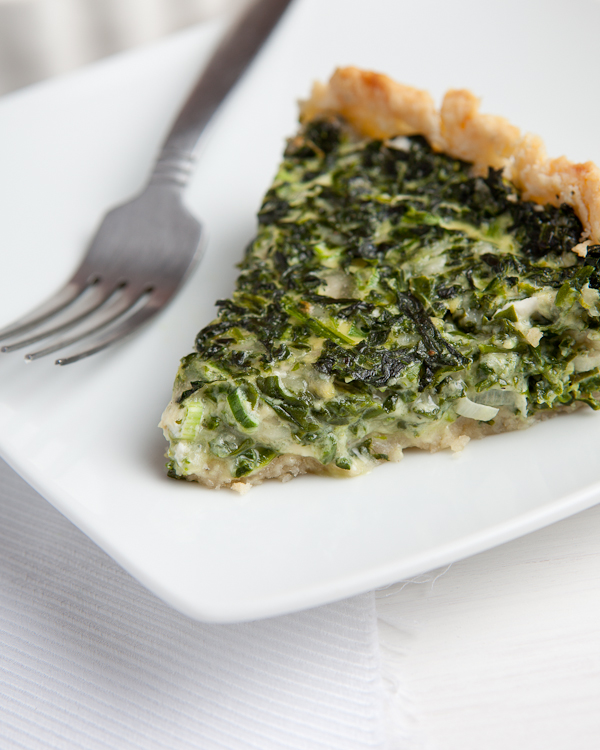 Quiche is something that I have cooked before, and it was tempting to use my usual “recipe” which pretty much involved using a frozen pie crust, and varying amounts of cheese, milk, and egg or two, pretty much whatever I had laying around the apartment. This method generally yielded a very eggy, but moderately tasty quiche-like product. But as I am learning to forget what is like to work in a cubicle, I’m also learning to forget my slap-dash cooking ways.

After some research online I decided to give Smitten Kitchen’s recipe for Spinach Quiche a try. Turns out that making really good quiche is only slightly more difficult than making mediocre quiche. The principles are the same: egg + cheese + dairy into a pie shell and bake. One of the differences which will change my quiche recipe forever? The addition of cream cheese. Holy. Crap. Instant quiche loveliness. 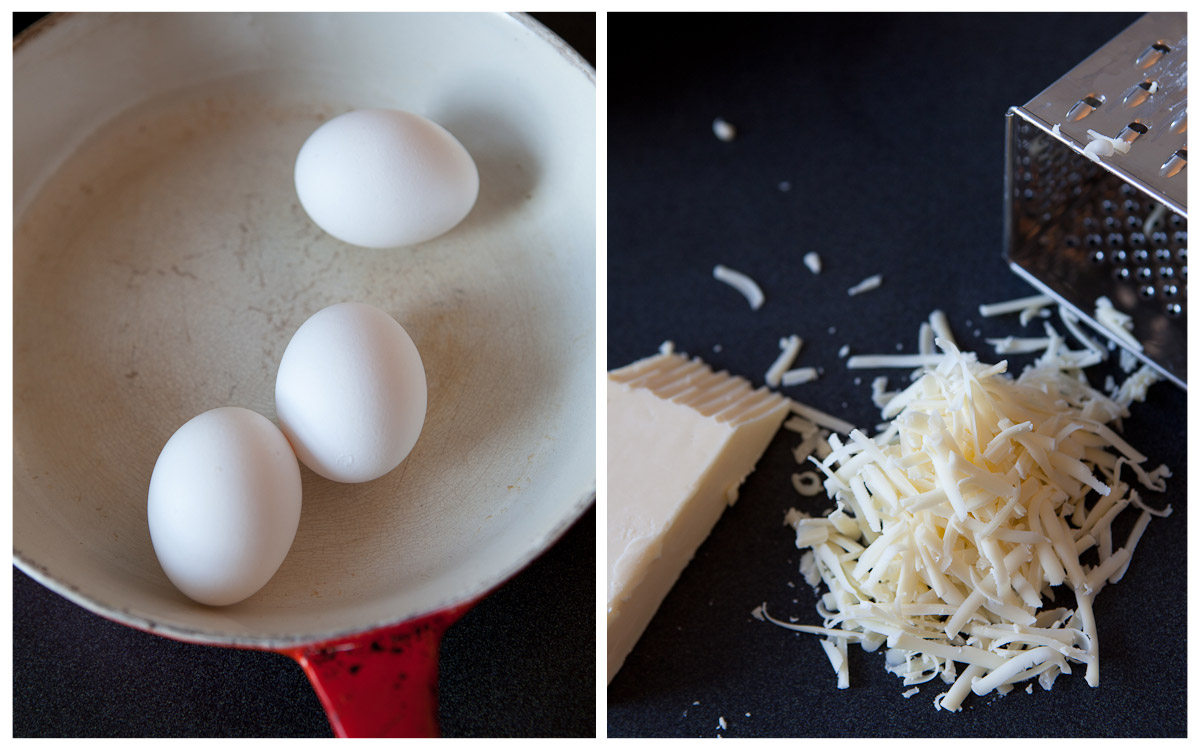 I made a minor changes to the recipe – going with reduced fat cream cheese instead of the full fat and calorie version. I can’t think of a reason to go with the full fat version other than it might make your quiche ever MORE creamy, but to be honest, the end product was so delicious that it would probably be overkill. 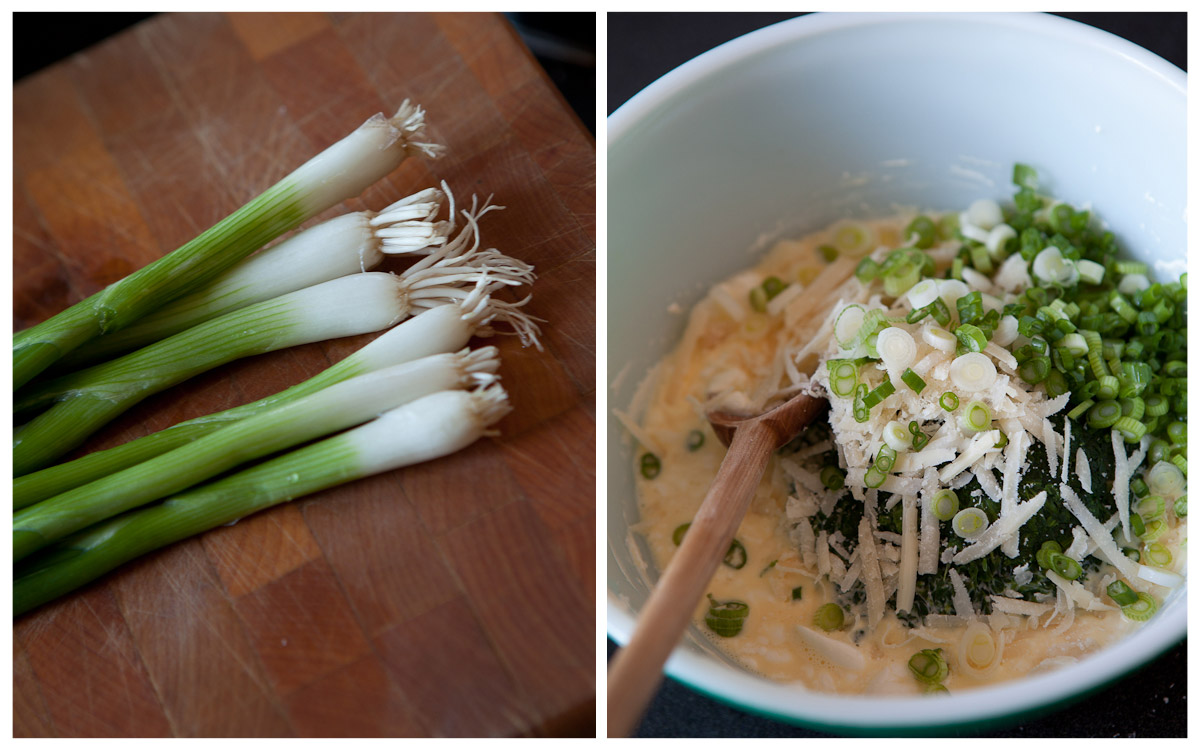 The only thing which made the quiche process difficult was the crust. I’m making all of my own crusts these days, and it’s the part of the project that I like the least. Mainly because I suck at it. This crust was particularly bad because I didn’t add enough water. Instead of gracefully laying the smooth and flexible pastry over the tart pan, I dropped the crumbly and brittle pastry in the tart pan and spent the next ten minutes patching cracks, holes, and edges. Amazingly the crust held up pretty well in the end. 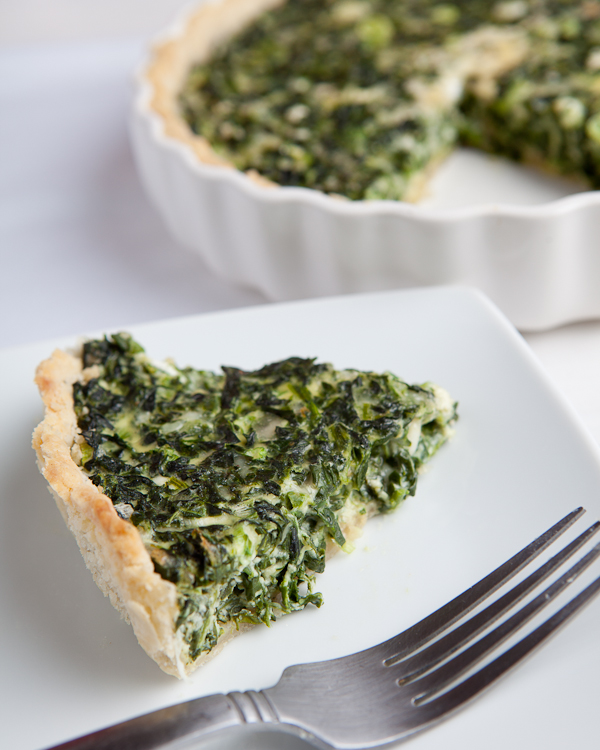 I think the big thing is that somewhere along the way I was told that water is bad for crust and so I’m terrified of over-watering my dough. Resulting in too-dry and crumbly pastry. Shortly after I completed the quiche a friend and reader left me a comment about a crust recipe with vodka in it. Yes please! My next crust will be alcoholic, for sure! I will report back.

Preheat oven to 425°F. Warm up the cream cheese in a bowl by beating it until smooth. Add half and half and eggs, mix until smooth. Mix in remaining ingredients. Pour mixture into prepared crust. Bake until crust is golden brown and filling is set, about 25 minutes. Serve warm, room temperature, or cold. Whatever works for you. 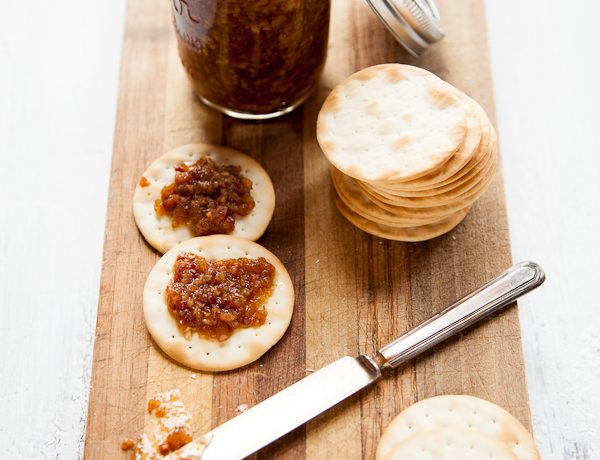 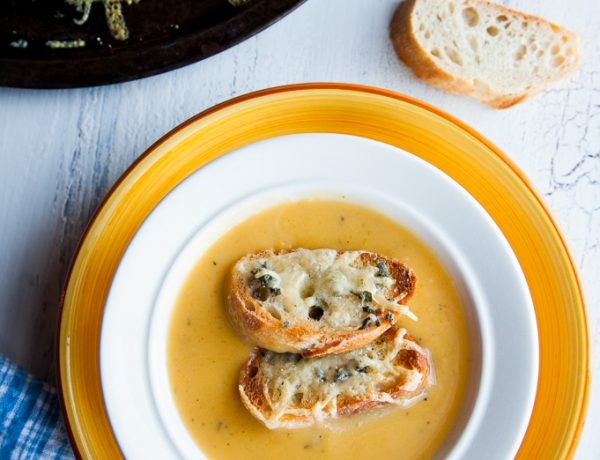