It’s been a while since I’ve posted a soup recipe here on the blog, but this semi-cold weather has made soup seem like a good idea. On Saturday I went to the farmers market looking for vegetables, but since it was cold and rainy I came home with potatoes, asparagus, and some ham hocks for soup. After some research, I came up with the perfect recipe which could be adapted for the stuff I bought as well as what I needed to use up in my fridge: White Bean and Red Cabbage Soup. 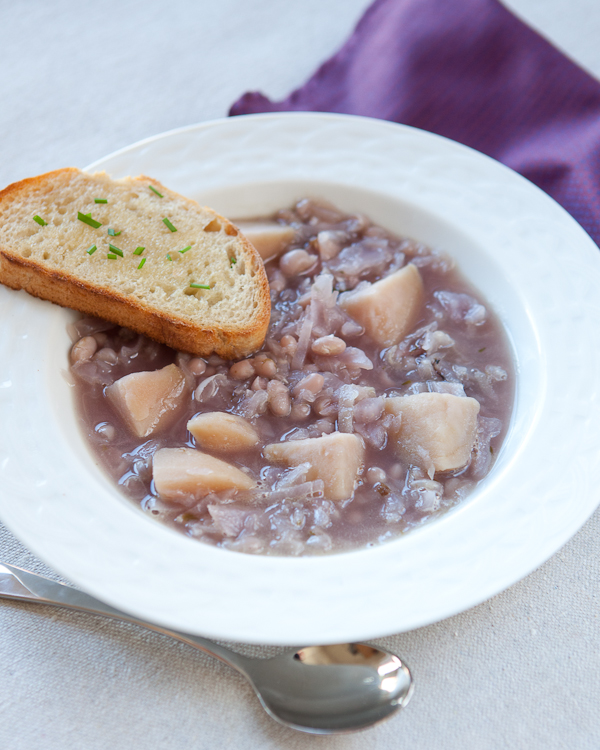 You know what happens to white bean soup when you add red cabbage? It turns a subtle and unique shade of lavender! An otherwise visually pedestrian soup is really stepped up. I think this would have been gray and flat if I’d used green cabbage instead of red cabbage. Now, there were a number of reviews of the recipe that I started with saying that this soup was dull. In most cases, it was because these cop-out cookers didn’t bother to use the ham hocks to make the broth. They replaced the ham hocks with sausage … but then you don’t get all that hammy goodness in the broth and cooked into the beans. Losers. So please, start with some ham hocks.

Now here’s the thing with my ham hocks. I bought two small ham hocks instead of a couple of large ham hocks, which is why I didn’t call this soup White Bean, Red Cabbage and Ham soup. In my soup, my ham hocks were largely there to produce a depth of flavor rather than big chunks of ham. I’m sure if you went that way with larger ham hocks this soup would be even tastier.

Finally, the other thing that I did was to start with a quart of chicken stock, again, to add some depth to the broth. Is there some sort of cardinal rule about using chicken stock to make ham hock broth? Will it result in some sort of cross-breed nightmare? If there are rules about such things I slipped through the cracks because my broth was rich and lovely. When eaten with some nice home baked bread that has been toasted with olive oil and garnished with chives … delicious!

Adapted from Gourmet, May 2004

Soak your beans in a half inch of water for 8-12 hours prior to making the soup. Make sure to pick through them for any odd beans or pebbles.

In a large stock pot or dutch oven bring the chicken stock and water to a boil. Add in the ham hocks, reduce heat and simmer for an hour or so. Drain your beans and add them to the broth along with the onion, parsley, bay leaf, thyme and garlic. Simmer for another hour. When the beans are mostly done (soft) add in the potatoes and the cabbage. Continue to simmer until all of the vegetables are soft. Serve hot with toast. 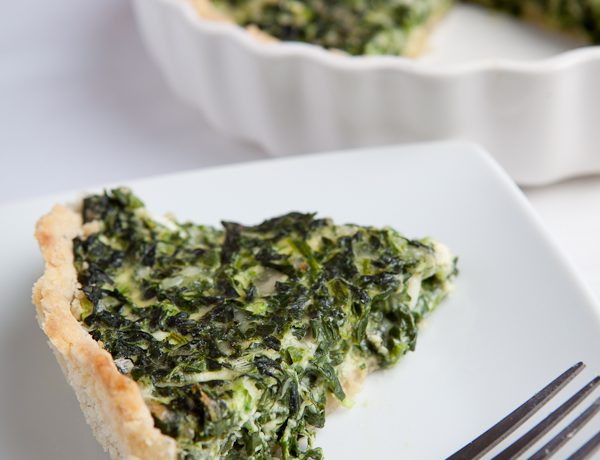