One of the fun columns in Gourmet was Gastronomie sans Argent, the one which Ruth Reichl says was “the column the editors created for people with more taste than money.” In the October 1976 issue, the Gastronomie sans Argent column featured the humble cabbage in all it’s forms including sauerkraut and several sauerkraut dependent recipes, which is on the agenda for the future as soon as I locate a decent sauerkraut crock. Well, that and the four week fermentation time. Inst I started with some other recipes in the section, including this one for Wilted Cabbage with Bacon.

This recipe is quite easy and despite my initial misgivings about the cream, I realized that at the end of the day this recipe is basically a warm cabbage slaw with bacon. Even though we usually think of a slaw as warm weather fare, this version hit the spot on the cold and rainy winter day when I first made it. If you wanted you could use half and half or light cream instead of the heavy cream, or leave the cream out altogether if you like. Don’t forget to save any of the wonderful bacon fat for another use. Oh yeah, and don’t skimp on the lemon juice – the acid really transforms this dish from something ponderous and heavy to a bright warm salad. 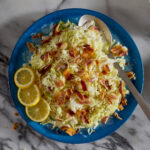 1lb of cabbage is about half of the common sized cabbages that we find at the grocery store.  Make sure to save any extra bacon fat. I dump mine in a small mason jar and use it instead of olive oil when I want to add a little extra flavor to a sauté or eggs or fried rice, you name it! This recipe was adapted from the October 1976 issue of Gourmet Magazine and is part of my Gourmet 10/76 Project. Click here to read more!

No complaints about this recipe. While I may not think to make it routinely, it would be a great way to use up half of a cabbage leftover from another recipe. You could serve this along-side barbecue and baked beans, or perhaps as an alternative to creamed spinach with a nice steak. 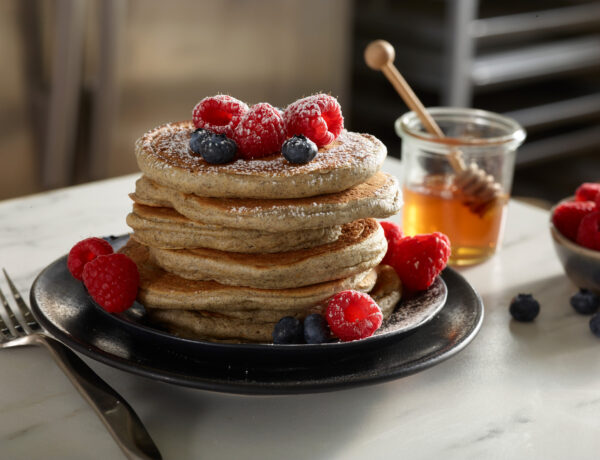